Describe Facts and Situate a Battle, and Explain the Consequences of that battle, both immediate and long-term! 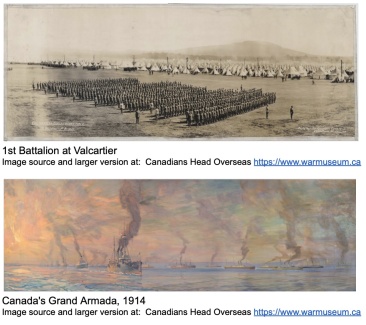 For each battle also explain the Canadian involvement and role, and the significance of their efforts.

Note: This task is explained in greater detail in our main document collection here.

Teachers note: A demonstration Cartograf map has already been started for teacher use and for information in the related scenario *World War 1 - Alliances and Key Events, which you can look at for how to place points and lines and information on the map.)